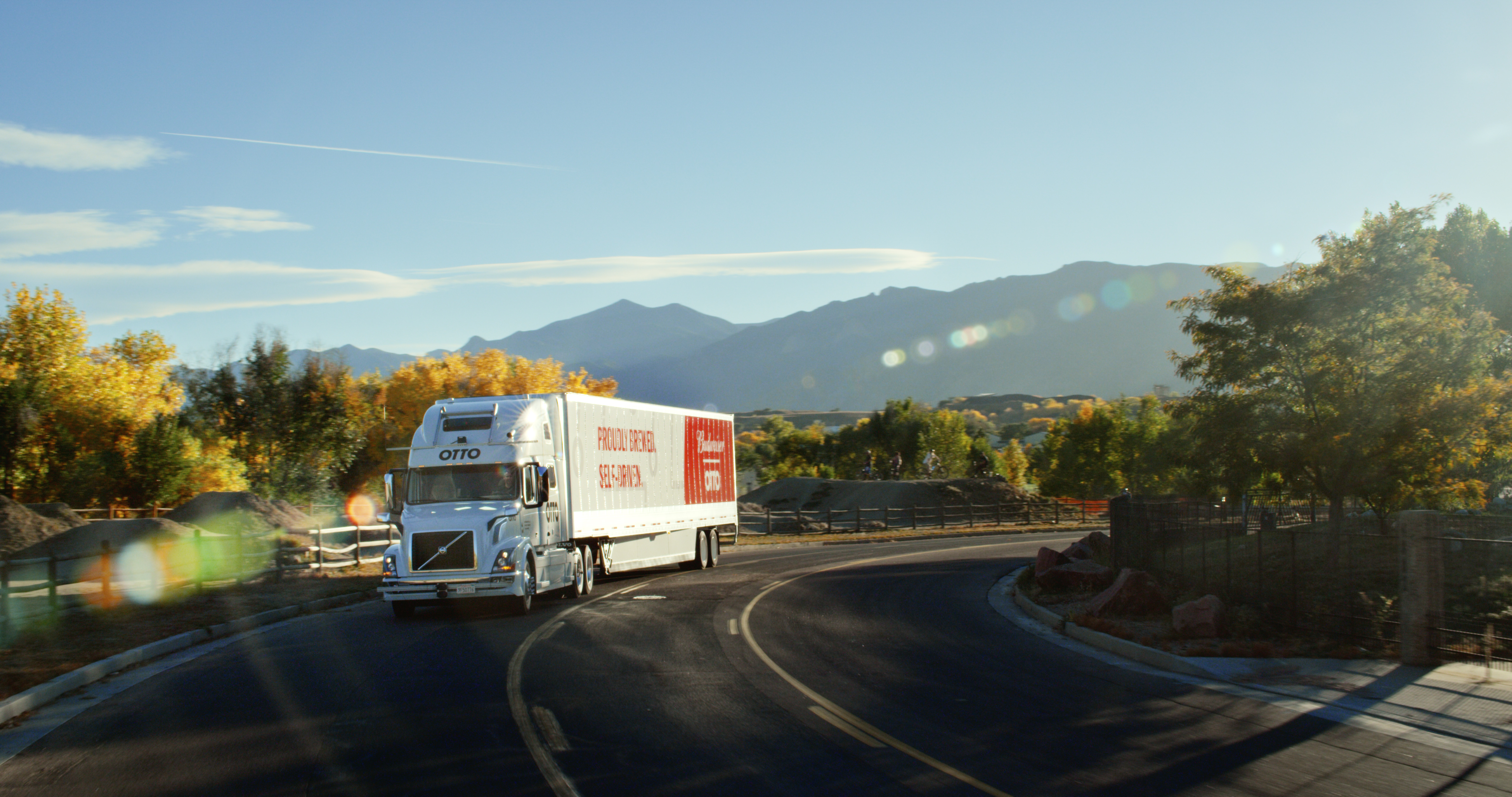 In the early morning hours of October 20th, an 18-wheeler tractor trailer pulled into Colorado Springs, Colorado, bearing 50,000 frosty cans of Budweiser beer. Normally, this would not be a noteworthy occurrence, but this truck was driving itself, marking the first time that commercial cargo was shipped by a self-driving vehicle.

The journey began 120 miles away at an Anheuser-Busch facility in Loveland, Colorado. The truck — a Volvo big rig equipped with cameras and sensors — was one of five owned by Otto, a San Francisco-based self-driving truck company acquired by Uber in August. A human driver piloted the truck to a weigh station in Fort Collins. From there, it drove 100 miles without human intervention to Colorado Springs, with the driver monitoring the two-hour trip from the sleeper berth. But once it entered the city limits, the driver took control.

“There were people in Colorado Springs this weekend drinking a Budweiser that was delivered by a self-driving truck,” James Sembrot, senior director of logistics strategy at Anheuser-Busch, told The Verge. “So that’s pretty cool.” (The cans even bore a message that read: “First delivery by self-driving truck.”)

Colorado transportation officials were briefed on the shipment and helped plan the route, said Otto co-founder Lior Ron. A Colorado state patrol vehicle followed the beer-laden truck from a distance to monitor the journey. The truck maintained an average speed of 55 mph throughout the trip. According to Ron, the state patrolman who followed the truck said it was “super nice” to see a truck stay safely in its lane for most of the trip.

Anheuser-Busch got in touch with Otto soon after the company launched in January. Otto started out with 40 employees, most of them from companies like Google, Apple, Tesla, and Cruise Automation, with the goal of turning commercial trucks into self-driving freight haulers. Ron, an Israeli-born engineer, was head of products for Google Maps for five years, while his partner Anthony Levandowski came from Google’s self-driving car team.

Then in August, Otto was acquired by ride-hailing giant Uber for a reported $680 million. The timing wasn’t coincidental: Uber was in the midst of preparing to launch its own high-stake self-driving experiment in Pittsburgh. As part of the deal, Levandowski took the helm of Uber’s self-driving team, while Ron would continue to run Otto with the goal of launching a self-driving “Uber Freight” service in the months to come.

Ron said that while Uber CEO Travis Kalanick was “aware and excited” for Otto’s first shipment, the ride-hailing company was not involved in the logistics. “We’re very independent here at Otto,” he added.

Instead of building its own trucks, Otto designs hardware kits for existing truck models. The truck that completed the beer delivery was equipped with this setup: two cameras for lane detection, a LIDAR sensor to create a 3D environment, two front-facing radar sensors to detect obstacles and other vehicles on the road, and a GPS sensor to help pinpoint the truck’s location. Otto also mapped the route by driving one of its kitted-out trucks back and forth along Interstate 25 in advance of the delivery. 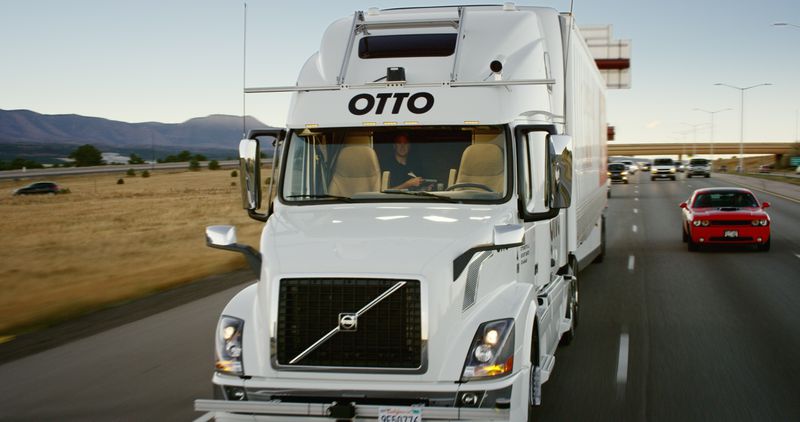 Ron said that Otto’s mission is to make the trucking industry safer. “Ninety-four percent of fatalities are caused by human error,” he noted. Self-driving trucks could also lead to lower insurance premiums and higher fuel efficiency through the elimination of unnecessary acceleration.

And while the law requires a human to be present in the truck for the time being, Ron said Otto’s technology will allow truckers to catch up on sleep during long-haul deliveries. And the ultimate goal, of course, is to eliminate the trucker altogether — an eventuality that is sure to delight suppliers as much as it horrifies truckers and labor groups.

“We fully intend to dive deeper: more types of highways, more weather conditions, more traffic patterns, and obviously more partnerships in the future,” Ron said. He also intends to celebrate Otto’s first successful shipment, but wouldn’t say whether or not it will be with a cold can of Budweiser or some other inferior beer.