The World Is Slowly Winning The War Against Malaria 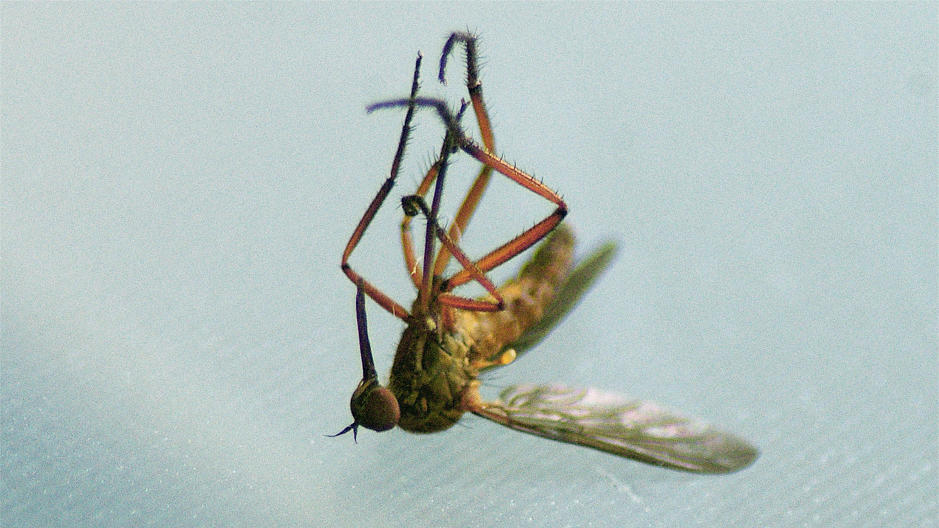 The death toll from malaria has been reduced by more than half since 2000, thanks to a multi-pronged attack. But a lot more remains to be done.

There’s no vaccine for malaria yet, but the world has been getting better at treating and preventing the deadly disease, according to a new study.

The research, published in the New England Journal of Medicine, found that the death rate from malaria in sub-Saharan Africa has dropped by 57% since 2000.

While that still means that more than a half million kids will likely perish annually, it represents a huge improvement in the fight against one of the world’s smallest but most deadly animals: the mosquito, which breeds prolifically and can transmit other diseases like dengue fever, yellow fever, and encephalitis.

Mosquitos kill about 830,000 people per year. To put that in perspective, the Gates Foundation, which has heavily funded the fight against them, has created an interactive infographic of exactly how lethal some of the prolific killers in the animal kingdom are to humans.

As Bill Gates has pointed out before, sharks may kill grotesquely enough to earn a designated weeklong celebration on Discovery Channel. But what at first seems like a benign albeit itchy bug bite drops 50,000 times more people each year. That’s even way ahead of homicides and war deaths caused by other humans. Ever the numbers cruncher, Gates provides more predator comparisons here.

The crucial issue is that when a mosquito’s needle-like nose penetrates our skin, it can introduce disease directly into our blood stream. To drive that point home, Gates has created a short horror-move-like explainer video on his blog Gates Notes.

If you think that’s disturbing, just be glad you weren’t in attendance when he released a swarm of the bugs into the audience during a TED talk.

The death toll itself has been reduced through a multi-pronged attack. Disease fighters invested in cheap immediate ways to trap bugs and protect people, and more expensive long-term research to eradicate the disease. “The amount of money available to pay for bed nets, effective medications, and malaria research rose by 1,000% from 2000 to 2015, fueling massive new prevention and control efforts in countries hit hard by malaria,” Gates writes.

Part of that coincided with the rise of the effective altruism movement and the understanding that, on a per-dollar basis, some relatively inexpensive interventions can have a massive impact on many people’s lives. Support funds have come from both the Gates Foundation and dozens of countries participating in the Global Fund to Fight AIDS, Tuberculosis, and Malaria, among other places. The Gates Foundation in particular put more than $2 billion toward disease-combat grants and more than $1.6 billion to the Global Fund.

“But cutting the death rate by more than half is a miracle,” Gates writes on his blog. “It’s one of the greatest success stories in the history of global health.” This could represent a tipping point for at least one global health epidemic: With continued efforts, Gates suggests it could be possible to eradicate the disease by 2040.