The First – Ever – Hydrogen Train Coming to Germany 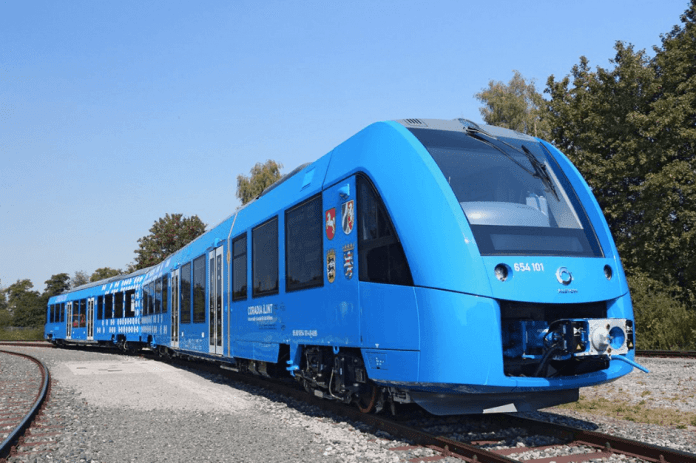 As early as December 2017, we will see Germany become the first country ever to offer passengers the chance to ride on a hydrogen-powered train. This is part of Germany’s attempts to keep up with its conscious power reputation and to use 80 percent renewable energy by 2050. The new Coradis iLint trains will be introduced as an alternative to diesel powered trains as are much more environmentally friendly.

Germany is a global leader in the battle against fossil fuel consumption and cleaning up the environment, and these hydrogen trains will hopefully make others follow suit. The first train of this kind will set off in December 2017 and will run on the Buxtehude-Bremervorde-Bremerhaven-Cuxhaven line. However, a total of 60 has been ordered that will be spread throughout four German regions for now with an expectation that more will be added later next year. 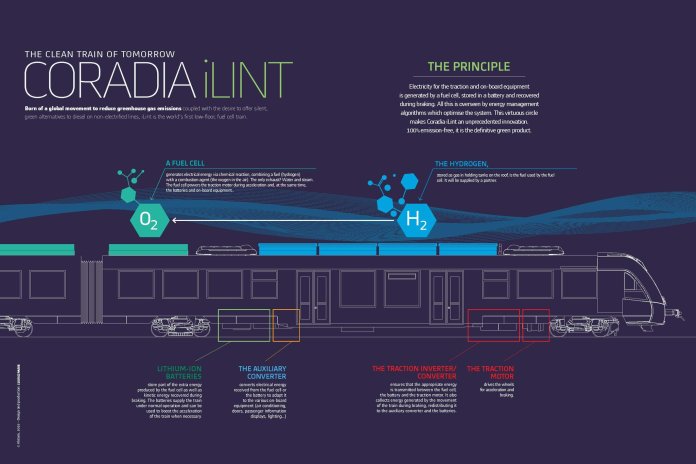 The trains’ manufacturer is a French company, Alstom and they are proud to announce that these trains can travel up to 500 miles at a time at around 87 miles an hour and do so very quietly.  Their hydrogen tank and roof mounted fuel cell converts hydrogen into clean power, and the only by-product is water. This is a fantastic invention and could revolutionize the whole rail industry, with Germany being right at the very front.  Put this together with their bids to toss away nuclear power by 2022 and being 80 percent renewable by 2050 they are certainly a country to be taking note of when it comes to saving the planet and if others do follow suit, then maybe we can turn the effects of global warming around.