Volvo’s Silent Electric Bus Detects Pedestrians And Honks At Them 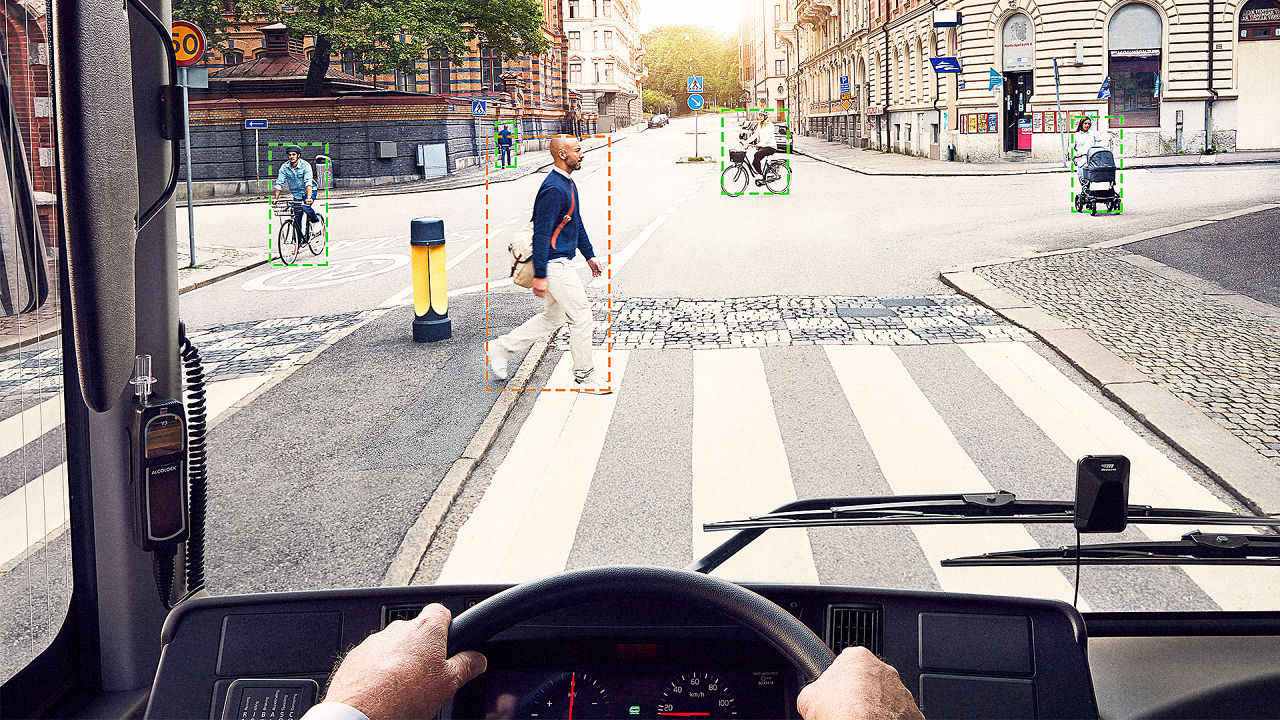 Electric vehicles come with a huge benefit: peace and quiet. But that’s just what manufacturers are afraid of.

Volvo has come up with a novel way to for its silent electric buses to let pedestrians know that they’re there: The new bus detects humans in the road ahead and honks at them, just like a human driver might.

Silence is often mentioned as one of the biggest issues with electric cars in our cities. If your car doesn’t continually growl, the thinking goes, then oblivious pedestrians might walk out in front of you. And instead of forcing drivers to slow down or restricting powered vehicles in downtown areas, we’re talking of adding fake engine noises to cars so drivers can keep on speeding.

Volvo’s new pedestrian and cyclist detection system is designed for buses. It monitors the road ahead, and if it detects somebody in its path, it sounds an alert, similar to the beeping sound made by a reversing bus or truck. It also sounds an alert inside the cab, along with a flashing light, to wake up the driver. And if the pesky pedestrian still doesn’t get the message? The bus honks at them. See it in action in the video below, where the bus starts castigating a cyclist in a side road, even before it becomes clear that they will run the light.

“Accidents involving buses and unprotected road-users seldom occur, but when they do the consequences may be very serious,” said Volvo Buses’ director of vehicle features and safety Peter Danielsson in a statement. “In order to minimize the risks, it is important that drivers and anyone moving around near buses—such as at bus stops and pedestrian crossings—pays close attention to the traffic.”

That’s the boss of Volvo Buses’ safety department saying that people crossing the roads at designated pedestrian crossings are responsible for making sure buses don’t hit them.

Volvo’s sound design is still better than the usual engine rumble, though. “We’ve solved this problem by developing a synthetic background sound with a frequency range that is not perceived as disruptive,” says Danielsson “For instance, it does not penetrate windows with triple glazing, unlike the low-frequency noise made by a diesel engine.”

That’s great news for people who live on bus routes, but one can’t help thinking that we’re going about this the wrong way. Noise is one of the biggest pollutants from cars, trucks, and buses. Here we are with an opportunity to fix that, returning peace to our city streets and country roads, and yet we’re about to squander that opportunity just so these vehicles can continue to speed through our streets. We’re replacing the dismal, homogenous rumble of engines with an electronic cacophony. Perhaps we should make electric cars safer by slowing them down, not by making them noisier.