The new China solar tariff decision may drive panel prices below 65 cents per watt this year. 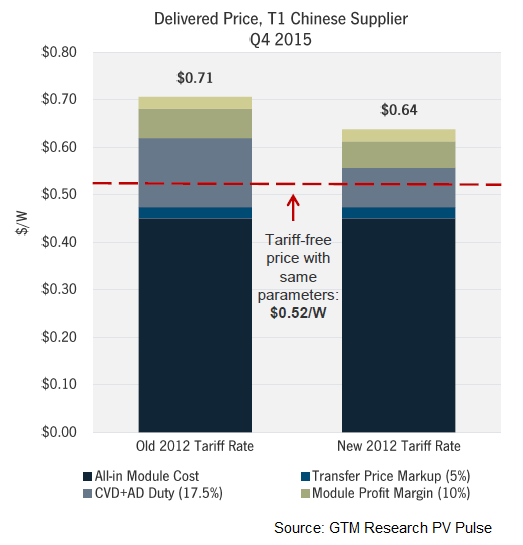 According to GTM Research’s Shyam Mehta, the shift is “driven by the increased value proposition of high efficiency relative to module costs, an end-market mix shift toward rooftop applications, and reduced all-in costs for high-efficiency products.”

Dozens of companies are fighting for market share in the operations and maintenance market, from inverter and module manufacturers to developers and EPCs. Everyone wants a piece of the O&M pie.

Grid integration is becoming an increasing focus for inverter manufacturers.

Inverter manufacturers are beginning to design solutions to help alleviate some of the integration challenges facing utilities. The chart below highlights a few markets with high PV penetration relative to electricity generating capacity.

Net energy metering is becoming popular outside of the U.S.

More than 4 gigawatts of utility-scale solar have been procured outside of RPS requirements in the past twelve months.

Best-in-class residential solar will be installed for less than $3 per watt this year.

The largest cost difference between best-in-class installers and the rest of the market comes from labor and supply chain savings.

Loans are the hottest thing in U.S. residential solar.