25 signs that the global economy is broken and obsolete

By Adam Riva: The global economy and any form of government that utilizes it are inherently obsolete and structurally unsound. They cannot be “fixed” because their very underpinning is a mishmash of competition, hierarchy, fractional reserve banking, and fiat currency – all operating under scarcity, coercion, inequality, and varying forms and degrees of economic slavery. We must stop trying to patch the tire and replace it altogether. We are long overdue for a true revolution in the monetary sector of society.

Here are 20 relevant facts that spell it out: the global economy is broken and obsolete.

1. A “super-entity” of 147 companies is at the center of the global economy, controlling 40% of the world market, and colluding to sequester power and maximize profits.

A Swiss study irrefutably proved that this incestuous network of mainly banks and pharmaceutical companies control the world’s assets.

2. Currently, 7.4% of the world’s workforce is employed by nonprofits.

There are more non-profits and charities than ever before, in both absolute number and percentage. A system that was efficient and balanced would not need a single nonprofit organization to clean up the mess it leaves behind.

3. Individuals who have a net worth in the top 10% are statistically slipping into poverty, while those who are in the top 1% are now the only individuals gaining ground.

4. Thanks to Ron Paul and Alan Grayson’s push to audit the Federal Reserve, we learned that between 2007 – 2010 the Fed secretly lent over $26 trillion of taxpayer money to assist failing banks, mostly foreign.

Under the guise of “credit swaps” and “broad-based emergency program loans,” these payouts would have been enough to give every man, woman, and child in America $100,000. These big bank bailouts occurred during one of the worst financial crises of recent memory while ordinary citizens were losing their homes and in some cases starving to death.

5. Conservative estimates show that over 27 million humans are currently in some form of slave bondage, which means there is more slavery now than ever before in history.

6. Abiding by the truest definition of unemployment, America’s actual unemployment rate is at an all time high of 37.2%.

8. One American household (with children) in every 25 is surviving on less than $2 a day as America slips into third world status, in a display some may call national karma.

9. Because of fractional reserve banking practices, money is nothing more than debt that is created out of thin air the moment there is a demand for it.

It is fiat currency, meaning it is detached from any tangible resource and therefore prone to manipulation and total collapse once the system is unable to print money fast enough to keep up with spiraling inflation. Fractional reserve lending is a glorified Ponzi Scheme.

10. Economic hitmen like John Perkins, author of best-selling bookConfessions of an Economic Hitman, infiltrate governments by assassination and military force to make way for multinational corporations to exploit people and resources.

11. There is more municipal waste and wasted food than ever before in history.

According to a report released by the World Bank, “Currently, 1.3 billion tons of municipal solid waste are produced around the world each year. That’s expected to nearly double over the next 12 years.” Municipal waste is becoming increasingly more difficult to decompose and therefore lasts much longer in landfills than several decades ago.

12. Everything is for sale including governments, politicians, laws, science, religion, education, medicine, finite resources, and the news.

13. The US Patent Office has stifled over 5,000 inventions that threaten the profits of big industries like energy, transportation, and medicine for reasons of “national security.”

Life saving medicine or break-through inventions, such as Zero-Point Energy or Over-Unity Energy Devices, are routinely suppressed because they threaten to render the existing infrastructure obsolete.

14. Structural violence is the number one cause of poverty, suffering, crime, and death worldwide by orders of magnitude, which occurs when the system either forces or conditions individuals to behave abhorrently.

15. If you do not earn $50k or more annually, you statistically have virtually no chance of saving any money long term.

16. The US Dept. of Defense distributed $721.3 billion in Fiscal Year 2011 alone, making it the third largest sector of the economy behind oil and pharmaceuticals.

17. The monetary-market economy is inherently hierarchical and dominated by secrecy and compartmentalization, which places intelligent psychopaths in positions of power and ultimately gives rise to secret societies and megalomaniacal financial elitism.

There is no incentive to solve ecological problems unless a profit can somehow be made.

19. People feel the need to resist the technological displacement of monotonous, hazardous, or unnecessary jobs, rather than embracing it, because of the paralyzing monetary system.

20. Hundreds of millions of lives are being completely wasted as pointless jobs like cashiering, accounting, and advertising revolve around money management, while they contribute nothing of true value to the world.

They exist simply to perpetuate the exchange of money. What’s worse – in order to uphold the eroding job infrastructure, new jobs are created just to delay the inevitability of having to devise a new social system.

21. Billions of people are starving and thirsting to death simply because there is no money to purchase food, tools, or technology, or to build infrastructure – NOT because there is an actual shortage.

22. Over the past century, the US has issued over $470 billion in tax breaks and subsidies to the oil industry.

American taxpayers continue to subsidize the oil industry by over $4.8 billion annually. These companies have spent over $1.4 billion on lobbying in the last 15 years, employing 796 lobbyists – over 60% of the them coming through the revolving door from Congress.

23. It is sometimes estimated that 95% of prisoners are locked up for financially-related crimes or the neuroses induced by differential advantage.

These crimes might not necessarily have hurt anyone or anything, such as not paying taxes. In fact, victimless crime constitutes 86% of the federal prison population.

24. After 6 years and 3 versions of ‘Quantitative Easing’ has been enacted by the Federal Reserve, $4 trillion of balance sheet expansion, and a 45% increase in the money supply (M2 & MZM), and the Fed continues to reassure us that the economy will recover by 2016.

As VoicesOfLiberty.com puts it, “How many more trillions of dollars will be doled out to Wall Street before the Fed admits that it has hurt, not helped, the recovery?”

On average, they are holding approximately 19% of their net worth in cash or about $600 million, and about $160 million in property value.

This is a list of critiques, but solutions are what we are after. I believe the Resource-Based Economy advocated by the Zeitgeist Movement is the best proposal anyone has offered yet. The documentaries Zeitgeist: Addendum and Zeitgeist: Moving Forward, both available free of charge on the internet, detail a better system which is both sustainable for the planet and takes into account human needs.

A good summary of the core Zeitgeist Movement principles are outlined here:http://www.lazeitgeist.com/zeitgeist_movement 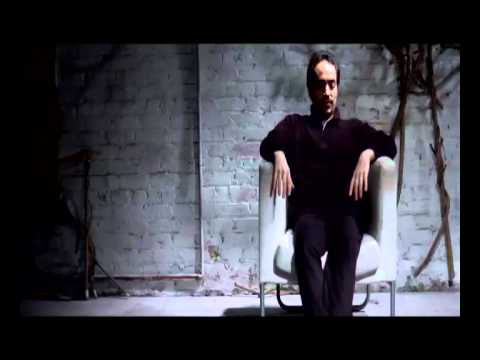 Realistically, a transition is needed away from our current outmoded system. There exists a variety of local alternative currencies across the world that citizens can begin using, as well as good old fashioned barter, which will help to crumble the broken financial system faster by obviating our reliance on money.