Prosthetic hands are great. But when you’re designing and building them for children, as Arron Brown does, prosthetic Wolverine claws are even better. Brown, a 3D printing enthusiast in Grand Rapids, Michigan, volunteers for a global organization called Enabling the Future, which designs and prints prosthetic fingers and hands for people in need. (Video)

The superhero-themed prosthetic was a hit. Just because you’re missing a hand, it seems, doesn’t mean you can’t be a superhero.

“People’s faces just lit up!” Brown told Enable in an interview. “The kids went crazy over it. And don’t worry … the claws aren’t sharp! They are rounded plastic and just stick on and off with velcro.”

After Maker Faire, Brown says he took the hand to a local children’s hospital in Grand Rapids.

The positive response inspired him to consider designing other superhero-themed prosthetics, he says, potentially transforming children in need into Batman, Iron Man or Captain America.

It wouldn’t be the first time a child missing a hand was transformed into a superhero, Nerdist points out. Earlier this month, Hawaii’s KHON2 reported the story of “Bubba” Kahae, a 3-year-old boy who received a custom Iron Man prosthetic, printed and sent to him for free by an Enable volunteer. 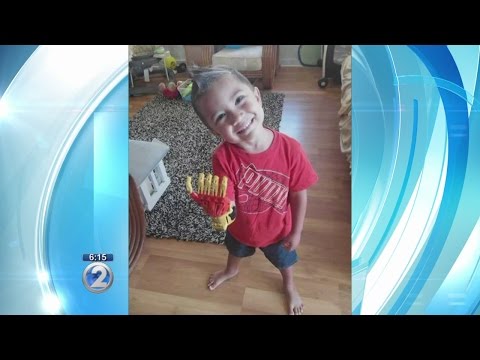