Gabriel Mandeville at five months old seemed like any other normal, healthy baby. Then he began having infantile spasms. The spasms became so frequent and severe that he had to undergo a hemispherectomy: a complicated surgical procedure that separates one side of the brain from another. Luckily, doctors at the Boston Children’s Hospital were able to use 3D printing technology to greatly increase the chances for a successful operation. (Video) 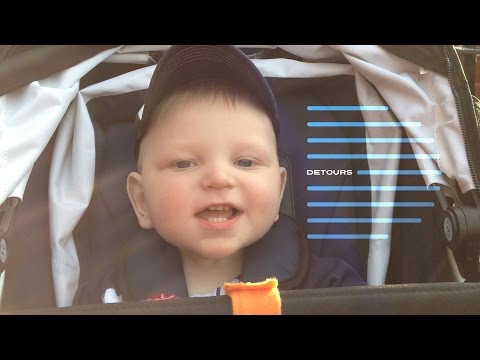 On a broader level, the story underscores the surprising ways that 3D printing is helping improve medical outcomes in hospitals throughout the country.

Giving doctors a dry run
Hemispherectomies are one of the most invasive of all forms of surgery. That means that the margin for error is small; accuracy is crucial.

Gabriel was one of the first patients at Boston Children’s Hospital to benefit from 3D printing. The hospital’s Simulator Program was able to print an exact replica of Gabriel’s brain where “blood vessels are set in contrast color for easier navigation.”

Doctors performed a practice procedure on the replica of Gabriel’s brain before doing the real thing. As The Verge reported, “18 months [later], [Gabriel] is seizure-free.” Says Dr. Peter Weinstock, director of the program that printed the replica, “We can’t be prepared for every possibility, but we can chop off a large number of complications.”

Providing an exoskeleton
Arthrogryposis multiplex congenita (AMC) can be a cruel — though non-fatal — condition. AMC leads to stiff joints and underdeveloped muscles in those that have it. AMC can reduce physical, cognitive, and emotional development in children born with the condition.

Luckily, doctors have developed exoskeletons that help children age six and up to use their hands more freely than they would otherwise be able to. The problem for Dr. Whitney Sample — of the Nemours Hospital for Children in Wilmington, Delaware — was that there were children younger than six who needed an exoskeleton, too. It can be heart wrenching to watch a child wait six years before he/she is able to lift their arms up.

So, instead of sending away for costly and time-delayed prototypes to be made, Sample found a better way to tackle the problem. He was able to use a Stratasys 3D printer in his office to run trial-and-error designs on some of his youngest patients, like two-year-old Emma below.

The printouts from the Stratasys machine were surprisingly resilient, and, “turned out to be durable enough for everyday use.” Dr. Sample was able to quickly design an effective exoskeleton at a fraction of the time and cost than was previously possible. And today, 15 children going to the hospital benefit from exoskeletons printed in-house by doctors.

Dentists with personalized parts
Several 3D printers have made inroads into the dental industry, and 3D Systems is no exception. The company has highlighted the utility of its ProJet 1200 printer in helping dental labs create better products.

Instead of taking molds from the patient’s mouth, sending them off to the lab, and waiting weeks for a casting to come back, the company’s printer offers a much quicker solution. By using digital renderings of patient’s teeth, a dental lab can quickly print a part out like those below, have them cast, and sent back to the dentist’s office in days instead of weeks, and at a fraction of the cost.

The opportunity for innovation in healthcare through the use of 3D printing is simply undeniable. And so is the fact that a bunch of companies will benefit from this trend. In fact, Nanoscribe predicts that between now and 2019, spending on 3D printing for medical applications will increase by 15.4% per year.

That means companies will more than double their spending on 3D printing technology by 2019 … in the healthcare sector alone. But 3D printing isn’t just a healthcare phenomenon; it is disrupting various industries throughout our economy.

That leads to one simple conclusion:

You can’t afford to miss this
This article just scratches the surface of all the ways 3D printing is changing the way health care operates. The technology’s vast potential is why respected publications like The Economist have compared 3D printing to the steam engine and the printing press; Business Insider calls it “the next trillion dollar industry.” Watch The Motley Fool’s shocking video presentation to learn about the next great wave of technological innovation, and three companies set to benefit from the trend. Two are already mentioned here, but the third is relatively unknown. Click here to see which company it is!