The sky’s the limit for 3D printing solar panels

We’ve come a long way from the solar-powered calculator to waiting to see when innovators are going to give us solar-powered smartphones, where most of our calculators are these days.  While the average energy consumer is busy worrying about such everyday concerns, scientists at the Victorian Organic Solar Cell Consortium (VICOSC) are wondering how to power entire buildings, and pretty much the whole planet, as the technology they are creating will be easily transferred inexpensively to developing and third-world areas, thanks to 3D printing and design. (Video)

Since 2007, a large group of Australian scientists, working together as the Victorian Organic Solar Cell Consortium, and composed of talent from Monash University, the University of Melbourne, CSIRO, and numerous companies such as Bosch, BlueScope Steel and Innovia. has developed paper-thin, 3-D printable solar panels, which are in the finishing stages of being ready for commercial productions, with several firms courting the production rights. These are the people working on powering everything from your tablet to your entire office building—and your city’s whole downtown.

They are able to produce solar panels that are the size of a coin, and can be used with solar ink, a process still being refined. “It’s very cheap. The way in which this looks and works is quite different to conventional silicon rooftop solar,” says Fiona Scholes, senior research scientist at The Commonwealth Scientific and Industrial Research Organization (CSIRO), which is the federal government agency for scientific research in Australia, founded in 1926.

“It (the ink) can be made to be semitransparent– we can use it for a tinted window scenario. We would like to improve the efficiency of solar panels. We need to develop solar inks to generate more energy from sunlight,” said Shcoles. “We are confident we can push the technology further in the years to come.

As the Consortium hopes to have this technology in commercial production for low-power applications very soon, most likely your personal electronics needs will be easily charged in the future as well.

The Australians are involved in true additive manufacturing right now, printing the solar panels onto plastic, and then hoping eventually to be able to print the materials directly onto the surfaces they want to power, such as rooftops, or the back of electronics. Right now the Consortium appears to be on the fast track to developing one of the largest organic solar cell printing facilities in the world.

As long as humans have had the need to do and produce, necessity for more affordable and sustainable sources of power has been motivation to innovate and evolve—from the match to electricity—and the ongoing quest to conquer the power of the sun. Why do you consider solar power to be a viable alternative? Do you own, or are you designing any solar-powered products? Please share your thoughts and ideas with us in the 3D printed solar power forum thread at 3DPB.com 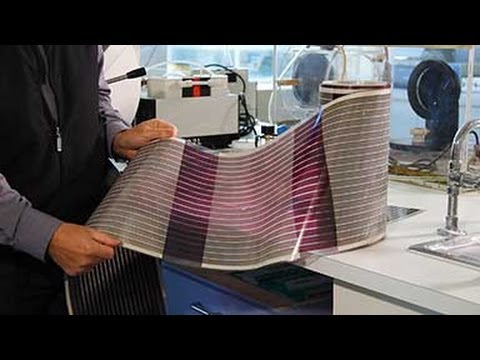