Students should own their educational data: L. Todd Rose

Technology can help by giving educators detailed data on students and the ability to customize teaching materials.

It may sound logical to Design a textbook or lecture with the average student in mind. But the educational neuroscience professor at Harvard University’s Graduate School of Education, L. Todd Rose, argues that doing so means that the lesson is designed for nobody.

In a TEDx talk last summer, the professor explained that most learners have a “jagged profile” of traits when it comes to learning. One student might have an affinity for science but have below-average reading skills. Yet standard teaching practice assumes at least average skills across the board. “Because our science textbook assumes every kid is reading on grade level, we’re in trouble,” he said in the talk. “For her, science class is first and foremost a reading test, and it’s doubtful that we will ever see what she’s truly capable of.” 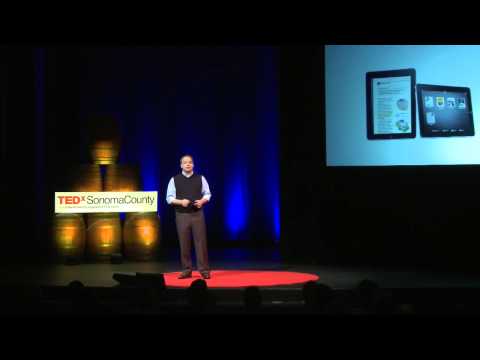 Mr. Rose believes that technology can help, by giving educators detailed data on students and the ability to customize teaching materials so “they truly can nurture the potential of every single individual.”

To make his case, Mr. Rose created a nonprofit organization called Center for Individual Opportunity (formerly Project Variability), which has supported research on what he calls the “science of the individual.”

The Chronicle sat down with Mr. Rose early this summer to ask how his research applies to higher education. Below are excerpts from the discussion:

Q. What’s wrong with the idea of the average learner?
A. For 150 years, we’ve thought we could understand individuals by studying groups of people and patterns in the population. So every time we say we’re studying this application of learning, what we’re really saying is there are groups of people, and we look for statistical patterns in the people. but it turns out that much to our chagrin, we know now that you can’t actually tell anything in population studies about any individual in that group.

In other areas of research that deal with individuals, like cancer research, they have a combination of big data and the moral imperative of trying to treat individuals with cancer. So what you’ve seen is a shift to a different way where you start by analyzing individual patterns instead of aggregate data. And you’ve seen incredible insights and breakthroughs, for example in terms of colon cancer, the third-most diagnosed and lethal cancer in the world.

For 35 years there was this statistical average model, that was like there’s one precursor legion, there were three precursor genes, [and one model to treat it]. And we were terrible at treating it. And doctors would say weird things like, “Oh the treatment didn’t work for you. You must have had an aggressive form of it.” That’s the dumbest thing. All cancer is aggressive. So instead when you have the data finally to model individual cases of cancer then group it up from there, it turns out there are three stable pathways of cancer. The average one exists, but it only covered 7 percent of the population. So now it’s led to new treatments.

Q. How does that apply to learning?
A. This is why learning styles falls apart. It’s not that people don’t have particular habits and styles of learning. Intuitively of course that sounds right. I prefer visual information over other kinds. [Learning style theory] comes from analyzing a population and trying to parse out different ways of learning over a population. But when you apply it to one individual it doesn’t hold. You can’t start with averages, it doesn’t work. We couldn’t do better approaches to individuals back in the day because we just didn’t have enough data.

Q. So that aggregate data was all we had?
A. It’s all we had. You had to draw inferences about a population from a sample because you couldn’t get the population data. When we start talking about the ability to create some kind of personalized learning, you have to be able to model the individual. It’s not that everyone’s a snowflake — I mean, that’s probably true at some level, but it’s not particularly helpful. But there’s this shift in the kind of patterns we look for now. We’re looking for personal patterns across what we call dimensions. So let’s say there are five things that really matter for how well you’ll do in algebra, like working memory is a predictor. But it’s how you vary across those, the jagged profile, that is really important to know.

The breakthrough came in personality research. Your personality or your traits, they’re not actually stable. So this is what’s always been frustrating. We could say, “You’re a Type A person,” or “You’re aggressive,” or whatever. But it turns out it’s just not true. It’s so contextualized. It turns out what’s really stable is, say, your personality in the lunchroom at work. Your aggression level, how easygoing you are in the lunchroom doesn’t tell us a lot about how you’ll be in a classroom, believe it or not. But the way you are in that lunchroom is incredibly stable over time.

Q. And in the classroom?
A. It turns out your personality and your learning varies across contexts. Let’s just use aggression. Say you tend to be highly aggressive in classrooms where it’s new information and you have a male teacher. It’s that level of information. If we know that. That kind of data has been shown to be predictive of your behavior up to 10 years out. Which is not that surprising from a neurological perspective. Your brain is trying to predict its own environment. And you’ll know—given this—this, this, this is how you’ll behave.

Q. We’ve been covering MOOCs and new forms of online education, and I’m curious about your take on the free-courses trend?
A. To me the real value of the MOOCs so far, is that it’s forced a conversation. Because at some point you have to ask what’s the value proposition of a four-year education. Especially, you think about the vast majority of colleges. Yeah, there’s some wonderful social stuff, but you have to ask yourself, why? Even here [at Harvard], you have to ask. I think you can make the case here. But what’s nice is it’s going to push schools and colleges to think about the value proposition. What is it you can do face to face that you can’t do online?

Q. The argument by some MOOC proponents is that artificial intelligence can transform education, and that what they do today is just the beginning of what will become a more personalized learning experience.
A. To me the truly transformational potential of the technology [is hard for venture-backed companies] to do. There’s too much R&D that has to be done. …

The thing is everyone is trying to innovate in their platform and say, here’s our thing. … And there aren’t even interoperability standards or format standards.

What we need to know about you is your contextualized profile of your performance and what kind of support you’ll need to be able to model your learner profile across contexts. If I had to push for one thing that I think is super important, that is that the user should own their data. There’s this default thing right now which is that everybody but the user owns their data. My vision that we’re going to push for in my organization is you’ve got to have a third party who is responsible for protecting learner data. Then the student could have, say, a decade of data about the way that they’re learning.

If the walled-garden approach of companies wins in the short term, then we can’t really exploit the new science of the individual. I think there’s a lack of appreciation that data is the thing.

Q. So the MOOC companies know that data is important, but you worry that they’re hoarding it?
A. Yeah, it’s not even their fault. They have to because it’s their business model. You need a market solution, though.

Via The Chronicle of Higher Education