GimBall is a crash-proof drone that can fly almost anywhere

The GimBall is an autonomous drone that is in a fully immersive rollcage that keeps it protected from whatever it might fly into, but the robust safety of the thing means it might soon be perfectly applicable for combing disaster areas or any other tight spaces. (Video)

Motherboard has the word on the GimBall, a near-indestructible drone that can bump into anything, thanks to the “floating” cage that moves with it, as described in this writeup in the Journal Of Field Robotics.

The rollcage moves in such a way that it leaves the propellers undisturbed, using the same mechanics found in a gimbal camera system that enables fluid camera movement without letting one’s hands noticeably shake the camera.

See below as the ball is rotated weirdly while the drone’s flying apparatus remain level and functional.

The potential added promise of “it’s okay to crash your drone now” will significantly reduce consumer fear of ruining an expensive toy or gadget. Watch this flying sphere navigate a moderately dense forest in the video below: 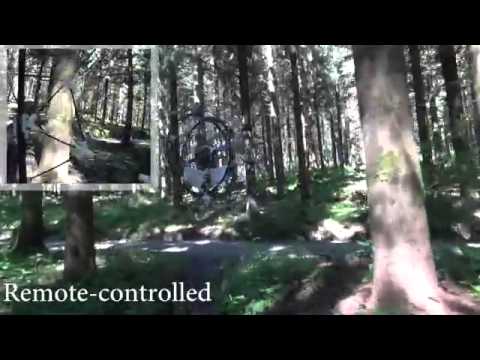