The Rotterdam-based tech firm The Archimedes has introduced its Liam F1 Urban Wind Turbine, which is said to have an energy yield that is “80 percent of the maximum that is theoretically feasible.” That’s quite the assertion, given that most conventional wind turbines average around 25 to 50 percent. (Video)

The 75-kg (165-lb) 1.5-meter (5-ft)-wide Liam obviously doesn’t look much like a typical turbine. It draws on the form of the nautilus shell, and the screw pump invented by ancient Greek mathematician Archimedes of Syracuse.

That form factor reportedly results in minimal mechanical resistance, allowing it to spin very freely and to operate quietly – blade noise is one of the common complaints regarding rooftop wind turbines. Additionally, the design is claimed to keep it always pointing into the wind for maximum yield.

Along with its claim of being able to achieve 80 percent of Betz’ limit, The Archimedes adds that “The Liam F1 generates an average of 1,500 kilowatt-hours of energy [per year] at a wind-speed of 5 m/s [16.4 ft/s], which resembles half of the power consumption of a common household.” Needless to say, it will be interesting to see what independent testing reveals. The company states that it has tested the Liam “over 50 times” to confirm the figures, and has already sold 7,000 of the turbines in 14 countries.

That said, the Liam F1 Urban Wind Turbine should be officially available as of July 1st. Although no price was given in today’s announcement, a previous posting on the company website puts it at €3,999 (about US$5,450).

The turbine can be seen in use in the video below. 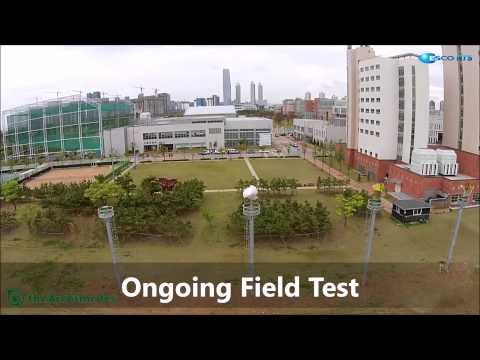