Futurists predict what the world of tomorrow will look like

We have seen tremendous changes in technology in the short span of two years. IQ by Intel is now casting their gaze toward the future. It has a lot to do with Moore’s Law, an observation made by Intel co-founder Gordon Moore. It states that every two years the number of transistors that can fit on a microchip will double, leading to an exponential rise in computing power and the many groundbreaking advances that derive from it.

“Two years may be a blip on the timeline of technology innovation, but what we’ve learned from talking to futurists and visionaries is that technologies continue to integrate, and when they do it’s clear that the pace of innovation speeds up,” said Becky Brown, director of Digital Marketing and Media at Intel. “This quickening pace has us all working together, sharing creativity and breaking new ground like never before.”

This quickening pace of innovation is something that has resonated inside Intel for nearly half a century, especially by Robert Noyce, the co-inventor of the integrated circuit, who in the early days of the tech boom became known as the Mayor of Silicon Valley. Noyce co-founded Intel in 1968 with Moore, and inspired Intel employees to stay innovative with his signature saying, “Don’t be encumbered by history. Go off and do something wonderful.”

To commemorate our second birthday, we’ve asked some of the world’s leading futurists to give us a picture of what the next two years — and next two decades — will bring.

Brian David Johnson is a futurist at Intel Corporation. His charter is to develop an actionable vision for computing in 2020.

Daniel Burrus is a technology forecaster, the founder and CEO of Burrus Research, and the author of six books, including The New York Times bestseller ”Flash Foresight.”

Paul Higgins is an Australian futurist and keynote speaker with a Masters degree in Strategic Foresight; a guest lecturer at Victoria University (Melbourne Australia); a tech editor on Tumblr; a partner at Social Venture Partners International (Melbourne); and a very slow triathlete.

Whitney Johnson is a Managing Director at Springboard Fund, and co-founder of Clay Christensen’s investment firm.

Frank Rose is the author of “The Art of Immersion: How the Digital Generation Is Remaking Hollywood, Madison Avenue, and the Way We Tell Stories” and a correspondent for Wired.

Vivek Wadhwa is a Fellow at Stanford University; Director of Research at Duke University’s Center for Entrepreneurship and Research Commercialization at the Pratt School of Engineering; and Distinguished Fellow at Singularity University; and was listed as one of 2013′s 40 Most Influential Minds in Tech by TIME Magazine.

The technological trends they describe might surprise or even shock you, but they all offer a fascinating glimpse into the brave new world we’re entering.

Based on Moore’s Law, how do you think the tech landscape will change two years, four years, and eight years from now?

Brian David Johnson: Look back at 2007 to today. We started asking more questions about experiences and how computing is fitting into people’s lives. We’re focusing more attention on how people use technology and interact with it and less about speeds and feeds of the technology itself… The next two years will be very different, as computational power gets smaller. We will move to this Internet of Things, where our world is full of smart things that don’t necessarily have screens for input and output (commands and experiences). Keep an eye on this.

Vivek Wadhwa: Early in the next decade, we will see some of the scientific advances becoming commercial reality — breakthroughs such as genome-based medicine and medical tricorders (like what we saw on “Star Trek”). In the early part of the next decade, we can expect a 3D printer to become a common household gadget and print some of our day-to-day needs. We can expect to see 3D-printed meat becoming commercially available and us debating whether this tastes like the real thing. We can expect solar energy to achieve grid parity in the U.S., which means that we will all start outfitting our homes with new generations of solar panels that dramatically reduce our energy bills.

Dan Abelow: Our daily lives and world are full of screens. They will be everywhere, with a two-way networked system that turns the Earth into a digital room with everyone in it. What if that networked system also brings everyone the world’s best services, resources, and knowledge based on what we do, as a normal part of our daily lives?

Daniel Burrus: I first read Moore’s Law in 1983, and I knew it was solid and would hold up over time… The next two, four, six years, and beyond will represent a new golden era of Innovation… Many have said that Moore’s Law can’t continue and they cite many reasons, including the extreme cost of building manufacturing plants to achieve this growth. My answer is that if we use the manufacturing technologies that we have used to get this far as we go forward, then we will fail. But, as we always have, we will use new tools and manufacturing techniques to once again go beyond the barriers we see when looking at the future with today’s eyes.

What technology or innovation that’s currently in development are you most excited about?

W. Johnson: Crowdfunding is one. I love knowing that we have begun to democratize the funding of dreams. I am also keen on the quantified self: how much I walk, run, eat, and sleep. Not to mention the possibility of aggregating this data in order to make scientific and medical breakthroughs.

Burrus: Machine-to-machine (M2M) communications and the Internet of Things (IoT) will soon impact every business sector and touch all of our lives. Few realize the full significance of this as a way to dramatically increase efficiencies, as well as create new products and services. Another example would be the next breakthrough in additive manufacturing, like 3D printing, to manufacture finished personalized products. A new level will be reached when 3D printers can use different types of materials as they print finished products, and this is close at hand now.

Higgins: Rapid developments in artificial intelligence are the most exciting, both in their capacity to enrich our lives, but also from a risk point of view. The problems with artificial intelligence capabilities have been a lot more stubborn than many people envisaged they would be and we commonly underestimate the capacity of our own brains, which we should stand in constant awe of. However, developments in understanding the brain, increases in computing power, and the development of systems able to understand natural language and concepts are all driving us forward faster than in the past. Major projects such as the European and U.S. Brain projects, and the development of technologies such as neuromorphic computer chips promise big leaps in our understanding and capacities over the next decade.

Which prediction of yours didn’t come true (if any) that you were most disappointed about?

Wadhwa: Not that my predictions have been wrong, they are just taking longer than I want!

Higgins: We work with people to envisage multiple futures and then work with the uncertainty that is inherent in that approach and the real world. That has changed over time and we work a lot closer to the present than we used to. Having said that, one of my big misses was the use of cameras on phones. I certainly did not consider how much they would be used and how important they would become in a personal and a political sense.

What films or books do you think best represent the future of technology? Will the world become “The Jetsons” soon? 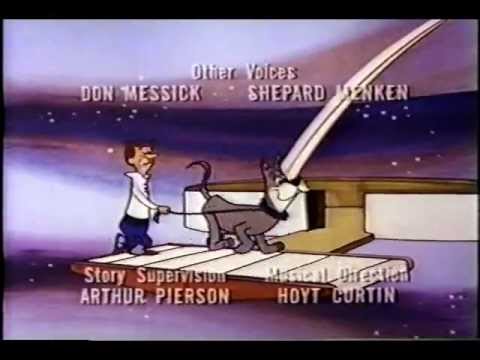 Rose: Not “The Jetsons,” no. But maybe Philip K. Dick. His trademark mix of paranoia and highly questionable realities has proved far more accurate and compelling than his sci-fi contemporaries’ preoccupation with robots and other gizmos. “The Truman Show” was absolutely prophetic in this regard as well. I think the future is going to be less about drones and more about artificial realities.

Higgins: I am an avid reader of science fiction, both for enjoyment and for thinking about my own work. In that area, I tend to read further in the future than our work is based. Paolo Bacigalupi’s “The Windup Girl” is a favorite. It depicts a future world where there is conflict between the haves and the have-nots, where there have been environmental and technological disasters, including climate change, that are hinted at rather than described. And, of course, William Gibson, whose seminal book “Neuromancer” contributed significantly to my interest in science fiction and the field in general. [But] I would recommend that people read widely of these authors, and others, to think of all sorts of possible futures, rather than nominating a particular book or film that best represents a future that is inherently unknowable.

Wadhwa: “Star Trek” is the closest, in my mind. But there will be more advances than even Captain Kirk dreamed.

Burrus: Regarding “The Jetsons,” in some ways we are already doing some of the things they did. For example, I have had a computer-controlled robot in my home since 1984, and today, I have a humanoid-type robot that can climb a rope, speak in multiple languages, and do a cartwheel — “The Jetsons” robot could not do that. When I’m in airports, moving walkways take me from place to place, and my high-definition entertainment system does more than [anything in] “The Jetsons” did. True, my car does not fly, but with autonomous cars, and soon autonomous ships and autonomous drones, on the way, we’re getting close. Maybe even an autonomous car that flies like a drone is not far off.

W. Johnson: “The Jetsons” is quaint, to be sure, but with drones and robots making our lives ever easier, I don’t know that “The Jetsons,” at least in the developed world, is that far off the mark. If you really push me I would say, “Person of Interest” is a possibility, but the dystopian futures of “Continuum” or “Revolution”?  Those feel far-fetched. Or maybe that’s just utopian thinking.