Science fiction writers are really good at predicting the future

Arthur C. Clarke predicted the iPad and online newspapers in 1968.

Arthur C. Clarke declared in 1964, “trying to predict the future is a discouraging and hazardous occupation,” and yet he got it astoundingly right in his own predictions, including his 1968 vision for the iPad. Isaac Asimov predicted online education, Douglas Adams predicted ebooks, Ray Bradbury predicted that we would reach Mars (though, so far, we’ve only done so with robotic extensions of ourselves), and Jules Verne envisioned the hi-tech Nautilus “at a time when even a can-opener [was] considered an exciting new concept.” In fact, science-fiction authors have a formidable track record of predicting the future — but why? (Video)

That’s exactly what Joe Hanson of It’s Okay To Be Smart — who has previously explained the science of why we kiss and the mathematical odds of finding your soulmate — explores in this fantastic short film for PBS: 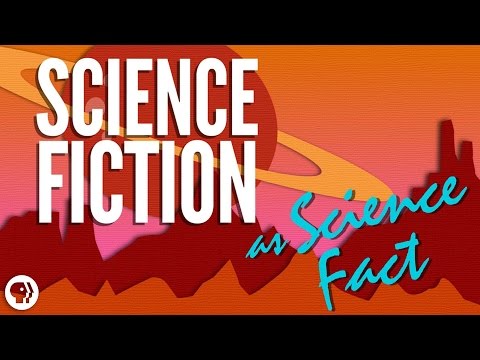 One right prediction in any one body of work would be lucky, but this many right answers can’t be luck — clearly, something sets these people apart. Many of the greatest sci-fi writers also had serious scientific training: Isaac Asimov had a Ph.D. in biochemistry, and Arthur C. Clarke had degrees in math and physics; H.G. Wells had a degree in biology…

How far can we see into the future? Well, it depends on what we’re looking for — Isaac Asimov said that when we look at stars or galaxies or DNA, we’re looking at simple things, things that follow nice, neat rules and equations; but when we look at human history, it’s chaotic, unpredictable, our vision is limited. Science transforms the complex into the simple — that’s how we explain the chaos. Science is how we see farther, and science fiction is where we write down what we see.

Complement with this fantastic visual timeline of the future based on famous fiction and some vintage visions for the future of technology, then revisit one of H.G. Wells’s as-yet unfulfilled predictions with Edward Gorey’s illustrations for The War of the Worlds.