Evolution Door: An ingenious door that opens and closes with two rotating panels

A clever folding door from Austrian artist Klemens Torggler has been making the design blog rounds the past few days. It’s the kind of poetic reinvention of a familiar object that makes you wonder why nobody thought of such a radical innovation before. (Videos)

A look at Torggler’s website reveals that the refinement of his series of “flip panel” door prototypes is an ongoing design and engineering experiment: 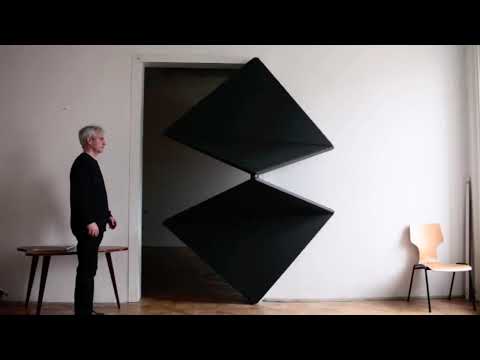 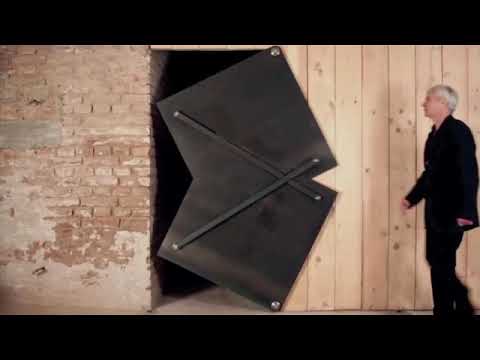 The latest incarnation, the Evolution Door, is engineered to move sideways without the use of a track. To open and close, four folding triangles seem to magically fold up over themselves. Soft edges keep worry warts from losing a digit: 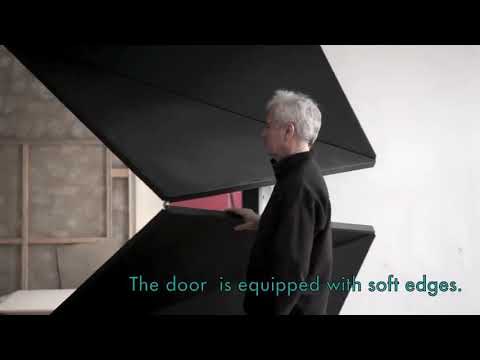