Bill and Melinda Gates have released a letter in January outlining the work the foundation has done in the last year and they have done this for the past five years. This year, they took a bit of a different approach. They were concerned by virulent myths that programs funded by the Gates Foundation are useless, are not effective, or are potentially dangerous, the couple’s letter focuses on dispelling what they call the three main myths of foreign aid. (videos)

Their main desire is to debunk everyone’s idea that the world is not getting better. There are lots of problems remaining, say the Gateses, but life for most people in the world is getting markedly better every year: “Melinda and I are disgusted by the fact that more than 6 million children died last year. But we are motivated by the fact that this number is the lowest ever recorded. We want to make sure it keeps going down.”

The myths, they write “reflect a dim view of the future, one that says the world isn’t improving but staying poor and sick, and getting overcrowded. We’re going to make the opposite case, that the world is getting better, and that in two decades it will be better still.”

The first myth is that foreign aid simply doesn’t work, that “poor countries are doomed to stay poor.” Bill writes that this simply isn’t true, that in his lifetime, poor countries have made enormous progress: 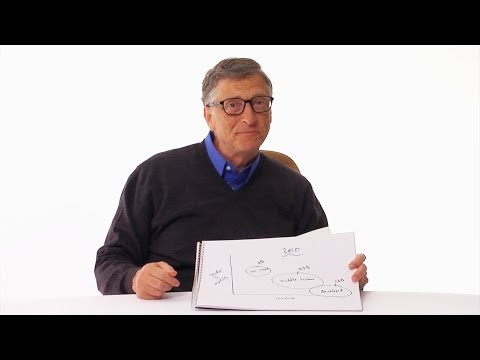 He writes: “Per-person incomes in Turkey and Chile are where the United States was in 1960. Malaysia is nearly there, as is Gabon.” This chart, which shows income distribution in 1960 versus 2012 shows the same thing. In 1960, people were lumped into two income categories, one mostly in the developing world and one–earning more–in the developed. Now income is distributed much more evenly.

Gates says we’ve basically created a middle-class of countries: “Since 1960, China’s real income per person has gone up eightfold. India’s has quadrupled, Brazil’s has almost quintupled, and the small country of Botswana, with shrewd management of its mineral resources, has seen a thirty-fold increase. There is a class of nations in the middle that barely existed 50 years ago, and it includes more than half of the world’s population.”

Because poor countries are not doomed to stay poor, how do we help them improve? Gates says it’s with more aid.

The common argument is that foreign aid does nothing to help developing countries or dooms them to a life of dependency. Gates is particularly unimpressed by this line of reasoning.

First, he points out that America gives only 1% of its budget to foreign aid a year (Norway, which gives the most, gives 3%). That’s just $30 per U.S. citizen a day given away to fund programs in other countries. And most of those programs, says Gates, go to keeping people alive, and do it very cheaply:

I added up all the money spent by donors on health-related aid since 1980. Then I divided by the number of children’s deaths that have been prevented in that same time. It comes to less than $5,000 per child saved (and that doesn’t include the improvements in health that go beyond saving the lives of young children). $5,000 may sound expensive, but keep in mind that U.S. government agencies typically value the life of an American at several million dollars.

Here are some of what the money has been spent on:

Those children who don’t die then go on to help jump start economies. Here’s Bill Nye explaining it further: 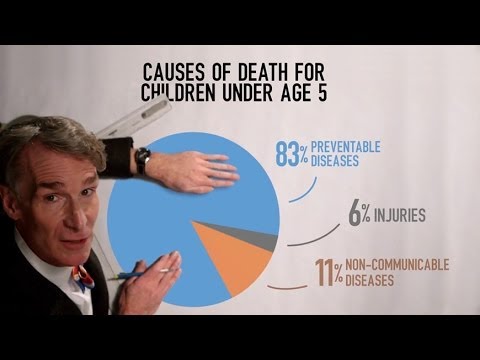 Gates also aggressively takes people to task who worry about corruption in developing countries derailing the purpose of aid. He says it’s merely a small tax on the price of aid and–while worth rooting out–does nothing to stop aid from working or being important. If you think otherwise, well, “four of the past seven governors of Illinois have gone to prison for corruption, and to my knowledge no one has demanded that Illinois schools be shut down or its highways closed.”

And what about the idea that aid breeds dependency? Gates lists countries that used to receive aid and now get none (many are now net donors, in fact): Botswana, Morocco, Brazil, Mexico, Chile, Costa Rica, Peru, Thailand, Mauritius, Singapore, and Malaysia.

“Health aid saves lives and allows children to develop mentally and physically, which will pay off within a generation. Studies show that these children become healthier adults who work more productively. If you’re arguing against that kind of aid, you’ve got to argue that saving lives doesn’t matter to economic growth, or that saving lives simply doesn’t matter.”

What about all those saved kids? Won’t they cause the planet to run out of resources even faster? It’s an argument that appeals to even more progressive proponents of aid, but Melinda, who writes this section, says it’s simply not true. As child mortality decreases, birth rates go down. 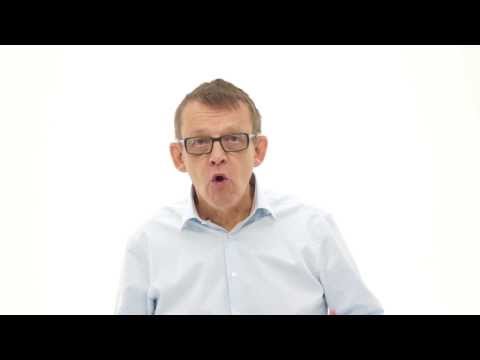 Melinda writes that it’s fairly simple: Countries with the highest death rates also have the highest birth rates. When most of your kids will die, you have more kids:

Mothers in Mozambique are 80 times more likely to lose a child than mothers in Portugal, the country that ruled Mozambique until 1975. This appalling aggregate statistic represents a grim reality that individual Mozambican women must confront; they can never be confident their children will live. I’ve spoken to mothers who gave birth to many babies and lost most of them. They tell me all their mourning was worth it, so they could end up with the number of surviving children they wanted.

The opposite effect, a low death and birth rate also creates a better, more powerful work force, as you can see in the numbers from South Korea, below. Melinda writes that “as fewer children die and fewer are born, the age structure of the population gradually changes. Eventually, there’s a bulge of people in their prime working years. This means more of the population is in the workforce and generating economic growth.”

Take a moment to think about the moral calculus required to take, as Melinda writes, “a laissez faire approach to development–letting children die now so they don’t starve later.”

The letter, the Gateses hope, will serve to help people dispel these myths when they hear them. But even more so, to understand that giving money to organizations working on global health provides an incredible return for the global economy.