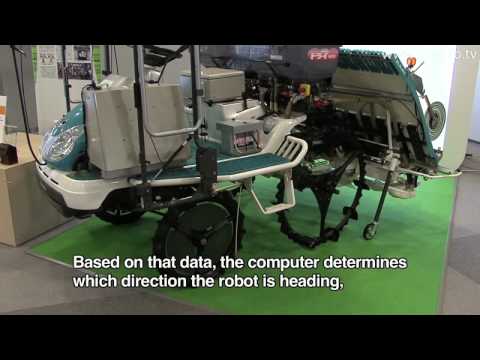 The National Agriculture and Food Research Organization in Japan earned “The Robot Award 2008″ for its automated rice planter, which can work a field all on its own without the help of humans. As is usually stated, Japan faces a looming labor crisis with its lopsidedly older work force, and automated production is one of the country’s focuses.

The rice planter uses GPS to tell where it is, and internal sensors that can measure its velocity and pitch. With all of those readings, the robot can adjust its speed and direction, keeping it on the field while doing a steady job.

In the future, the National Agriculture and Food Research Organization would like to see its farm-bot networked to communicate with other equipment, in such a way that a farm could be run entirely by robotic workers.