Dubbed the “habitat for the 21st century,” the Dome House is an igloo-shaped structure built from snap-together wall sections made of 100% expanded polystyrene foam (styrofoam). It might seem like an odd choice of material for a house, but the company lists a number of advantages that styrofoam has over traditional materials. Unlike wood and metal structures, for example, the styrofoam Dome House does not rust, rot or attract termites. It is also highly resistant to earthquakes and typhoons. In addition, the walls, which are treated with a flame retardant, emit no toxic fumes in a fire. 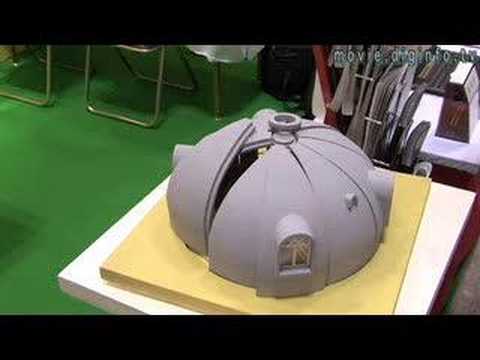 Japan Dome House is a company that builds environmentally friendly and energy efficient houses from dense polystyrene. The houses have good insulation properties and can reduce energy bills by 90%. The houses are 7 meters in diameter, fire proof, earthquake and typhoon resistant, and using the modular building system can be constructed in less than a day. They recently received approval from the Ministry of Land, Infrastructure and Transportation to build these houses in Japan. The styrofoam used in the Dome House’s 175-millimeter (7 in) thick walls is significantly denser and stronger than ordinary packing foam. The material has excellent thermal insulation properties, resulting in higher energy efficiency and lower heating and cooling costs. Construction of the Dome House shell is quick and easy. The prefabricated pieces, which each weigh about 80 kilograms (175 lbs), can be carried by 2 or 3 people and assembled in a few hours. Once the shell is put together, coats of mortar and paint are applied for further protection from the elements. 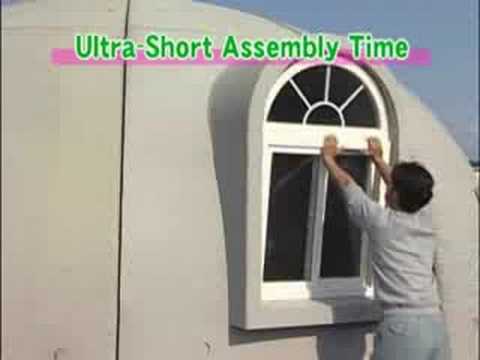