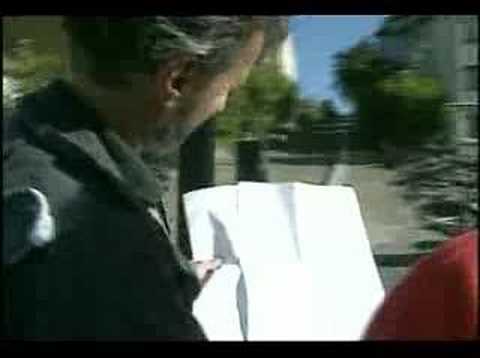 Hilly cities normally have a low share of cycling. Why is it that Trondheim, the third largest city of Norway, has the highest share of cycling compared to all the other Norwegian cities? Second video after the jump.

They believe there are three reasons:

1. Trondheim is a university city with 30 000 students, 90 % of whom using their bicycles as their main transport tool
2. During the last 20 years, there has been invested more than 20 mill NOK in a bicycle roads network and bicycle transport infrastructure in Trondheim
3. One of the most important infrastructure elements is the bicycle lift Trampe. Since the opening in 1993, it’s pushed more than 220 000 cyclist up the very steep hill Brubakken in the historical heritage part of the city center. 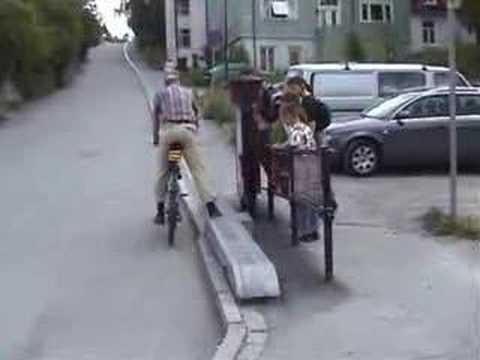 There is no doubt that Trampe has inspired students as well as other people living in Trondheim to take to their bicycles. In a user survey, 41 % of the lift users claim they’re using the bicycle more often due to the installation of Trampe.