The World According to Bruce Sterling 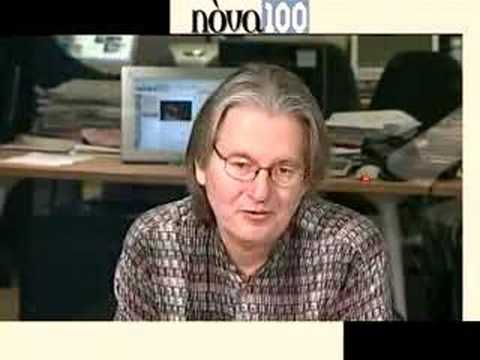 Bruce Sterling on the future

Bruce Sterling is a brilliant futurist and science fiction author, best known for his novels and his seminal work on the Mirrorshades anthology, which helped define the cyberpunk genre. More photos and videos after the jump. 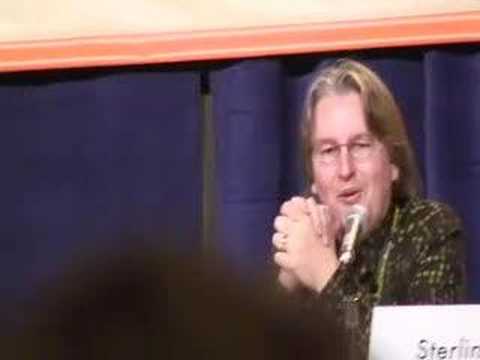 Bruce Sterling Rant at SXSW in 2007

Sterling is, along with William Gibson, Rudy Rucker, John Shirley and Pat Cadigan, one of the founders of the cyberpunk movement in science fiction, as well as its chief ideological promulgator, and one whose polemics on the topic earned him the nickname “Chairman Bruce”. He was also one of the first organizers of the Turkey City Writer’s Workshop, and is a frequent attendee at the Sycamore Hill Writer’s Workshop. He won Hugo Awards for the novelette “Bicycle Repairman” and the novella “Taklamakan”. Bruce Sterling in a pensive moment

His first novel, Involution Ocean, published in 1977, features the world Nullaqua where all the atmosphere is contained in a single, miles-deep crater; the story concerns a ship sailing on the ocean of dust at the bottom, which hunts creatures called dustwhales that live beneath the surface. It is partially a science-fictional pastiche of Moby-Dick by Herman Melville.

From the late 1970s onwards, Sterling wrote a series of stories set in the Shaper/Mechanist universe: the solar system is colonized, with two major warring factions. The Mechanists use a great deal of computer-based mechanical technologies; the Shapers do genetic engineering on a massive scale. The situation is complicated by the eventual contact with alien civilizations; humanity eventually splits into many subspecies, with the implication that many of these effectively vanish from the galaxy, reminiscent of The Singularity in the works of Vernor Vinge. The Shaper/Mechanist stories can be found in the collection Crystal Express and the collection Schismatrix Plus, which contains the original novel Schismatrix and all of the stories set in the Shaper/Mechanist universe. Alastair Reynolds identified Schismatrix and the other Shaper/Mechanist stories as one of the greatest influences on his own work.

In the 1980s, Sterling edited a series of science fiction newsletters called Cheap Truth, under the alias of Vincent Omniaveritas. He wrote a column called Catscan, for the now-defunct science fiction critical magazine, SF Eye. Sterling has a habit of coining neologisms to describe things which he believes will be common in the future, especially items which already exist in limited numbers. 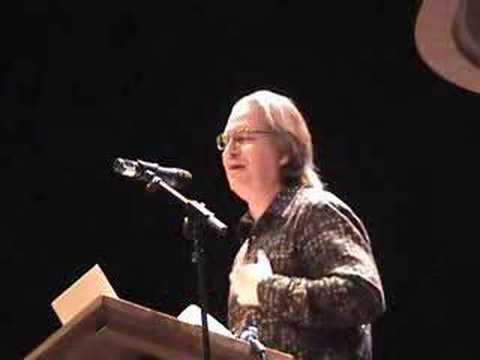 Bruce Sterling at a lecture in Amsterdam