The baby-boomers’ kids are marching into the workplace, and look out: This crop of twentysomethings really is different. Fortune’s Nadira Hira presents a field guide to Generation Y. 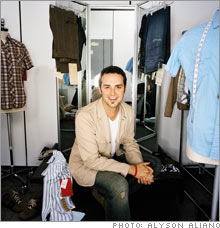 Nearly every businessperson over 30 has done it: sat in his office after a staff meeting and – reflecting upon the 25-year-old colleague with two tattoos, a piercing, no watch and a shameless propensity for chatting up the boss – wondered, What is with that guy?!